We know that our choice of words can have a tangible impact in the world. The fourth season of Netflix’s critically-acclaimed The Crown shows us that it can even tip the balance between trade war and peace.

In Episode 8, 48:1, we see Queen Elizabeth and her entourage rejoice at succeeding to convince the unyielding Iron Lady to sign a treaty. In the clip above, we learn that Prime Minister Thatcher, who famously opposed sanctions imposed on South Africa during the apartheid, only accepted them this time because the document called them ‘signals’ instead of 'sanctions'.

The Mindspeller semantic association network proves how powerful the distinction between these two words really is. If we zoom in on the concept ‘signals’ as opposed to ‘sanction’, we see that 'signals' is presented as a word with more positive associations that symbolize trade. Our association wheel also shows that the word ‘sanction’ itself is closely associated with South Africa – an association that perhaps Mrs Thatcher’s foreign policy wanted to underplay. 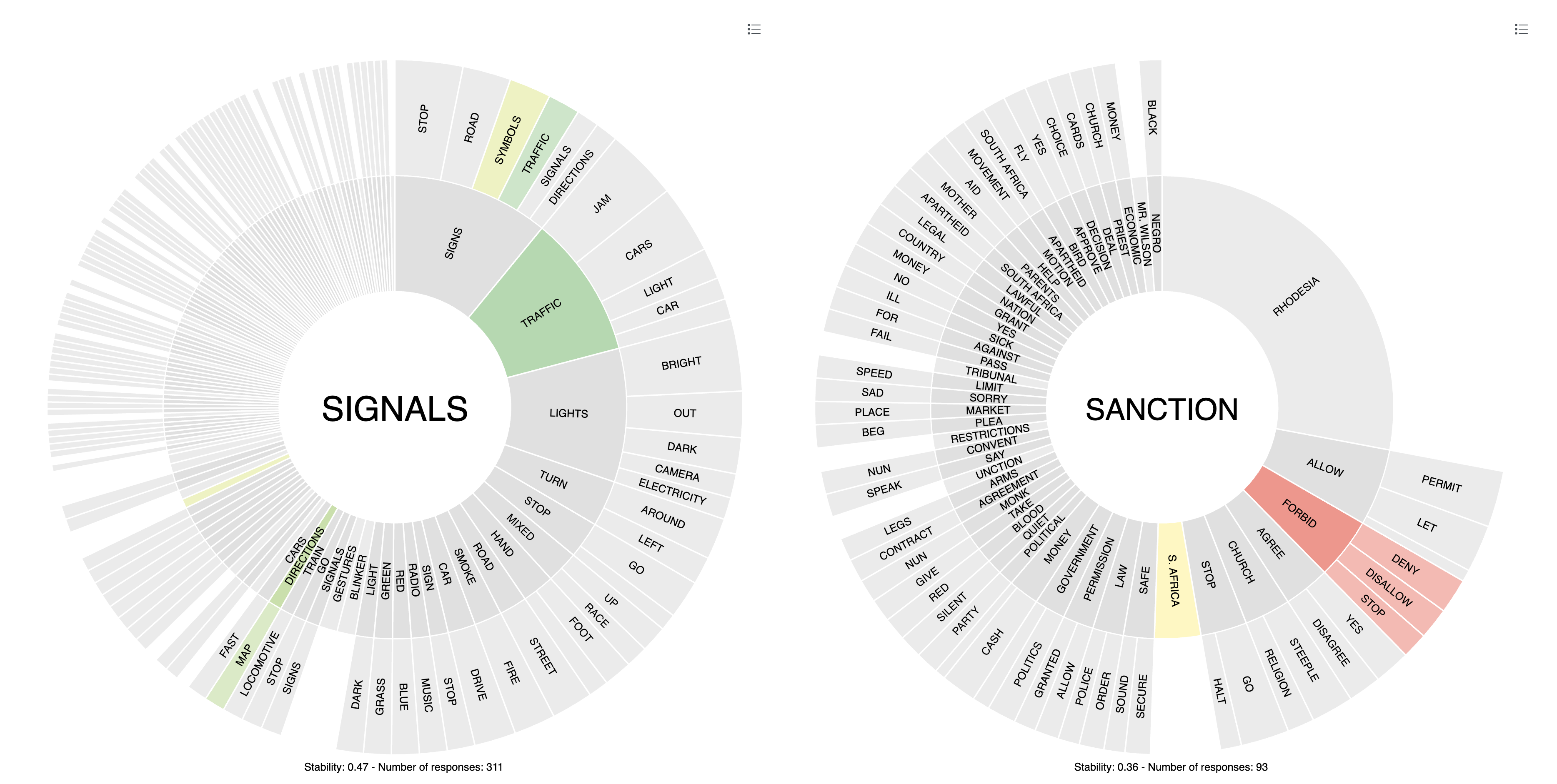 This brilliant diplomatic move teaches us a valuable lesson for today's business world. Your brand verbal identity and tone can either cause a cognitive bailout or establish a connection with your target audience on a deeper level.

Mindspeller allows you to be in charge of that. If even the Iron Lady can be swayed, so can your audience!